I rather like being part of Generation X. For a start, as age-related cohorts go, it’s the best name for a band by a country mile (here’s Billy Idol and co, bless them, proving the point).

Demographers define Gen X types as being born between the 1960s and the early 1980s. This is an important cross-section for those writing about money matters. Whether we’re talking print, broadcast, or online, you can argue that the majority of personal finance coverage – from insurance to pensions, mortgages to investments – is aimed at this narrow-ish audience.

But that argument’s faltering. In recent years, publishers in all spheres have acknowledged the power of millennials and, indeed, Gen Zs (younger than millennials and arguably the first generation of true digital natives). Newspapers, are now prepared to allocate some of their precious space to covering the finances of twenty- and thirty-somethings on a regular basis.

I was having a conversation about this very subject recently with The Times’ Anne Ashworth, editor of both the newspaper’s Bricks & Mortar and Money sections. Anne claimed Money was the first to launch a Millennial Money column. Contributors include Annabelle Williams, Laura Whateley and Ben Clatworthy.

Similarly, the Financial Times Money section runs an occasional opinion piece called Millennial Money (this was the latest one from Kate Beioley in March talking about the gig economy and saving). At the start of 2019, The Telegraph’s Money section also got in on the act. It now features a regular Millennial Investor column written by the Money team’s Marianna Hunt, who’s stumping up her own cash while writing about the challenges of DIY investing.

It doesn’t stop there. Away from the mainstream financial press, Iona Bain shares her investing experiences via the Young Money blog. Elsewhere, Money Lens is also aimed at millennials written by (apparently surname-less) employees from fund manager Schroders “to guide you through everything from investing and money-saving to the latest tech and exciting start-ups”.

Slightly bizarrely, despite the newspaper boasting a crack in-house team of reporters in the shape of Money Mail, the Daily Mail’s website produces a regular Millennial Money column bylined to the Associated Press (as provided to AP by an outfit called NerdWallet).

Elsewhere, online sections of newspapers which haven’t yet gone down the path of dedicated millennial money coverage include The Guardian (perhaps surprisingly), The Sun, and The Mirror.

Give them time. Each has a hefty audience for their distinct versions of personal finance coverage and there’s only one way this argument is heading. 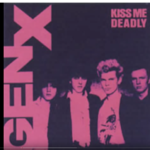 I can write down on a postcard what Andrew doesn’t know about personal finance. He’s on top of the finance game, better connected than the Astor family, and knows the personal  finance industry inside out. A shame he’s a poorer horse racing tipster than Radio Four’s Today programme!