I daresay Tony Langham has his moments. But despite knowing Lansons‘ chief executive for almost as long as the reputation management consultancy which bears half his surname’s been trading, I can’t recall ever seeing him in a really filthy bate.

This is disappointing. I’d like to think I’ve been responsible for the occasional story down the years that’s put the odd corporate nose out of joint amongst his impressive list of clients. If I have, Tony’s never let on. No hard stares on subsequent meetings with him, not even so much as a discreet “grrr”. 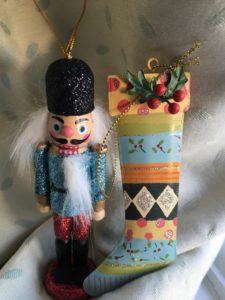 Instead, there have been laughs and party invites. Not just to the company’s annual autumnal mega-bash in Smithfield EC1, but also to his London home. Three times in the past, hand-painted Christmas decoration have arrived in the post chez Michael courtesy of Lansons.

This probably helps to explain why Tony’s just compiled a fascinating book on reputation management. My reputation, in contrast, generally languishes in pools of beer in questionable boozers, or in tatters at my bookmaker’s feet.

To give it its full title, Reputation Management: The Future of Corporate Communications and Public Relations (published by emerald) contains a welter of specially commissioned essays from leading business and media types. Each piece underscores the idea that a good reputation is vital to success; not just in business but also in life.

One chapter, on reputation and integrity in sport, was written by the chief executive officer of the Hong Kong Jockey Club. Tony and I both share a passion for horse racing. Aside from his day job, Tony’s also (impressively) the chairman of Great British Racing, an organisation tasked with promoting the sport.

In another chapter, contributor William Lewis makes the case on why society needs traditional media to survive and flourish, and calls on a reinvention of journalism to assert its position as a vital element in democracy. Hear hear!

Nowadays, Lewis is CEO of Dow Jones, publisher of The Wall Street Journal, and was at the editorial helm of The Telegraph during the brouhaha that was the MPs’ expenses scandal saga.

Far more importantly, I used to commission William as a columnist for Pensions Week when I launched that magazine for the Financial Times back in 1997. Maybe if I’ve got a reputation for anything, it’s spotting talented financial hacks.

I have attended Masterclasses and events organised by Andrew for the last five years. He is a past master at bringing together PRs and journalists in effective and enjoyable ways. He understands the needs of both sides and provides innovative – and mutually beneficial – ways of bringing them together.