They don’t want to go to Chelsea

If you’re a gardener, five years isn’t much of a time-frame in the grand scheme of things. Barely long enough to cultivate a shrub, or establish an asparagus bed.

In the world of commercial sponsorship, however, five years can whizz by in a flash. 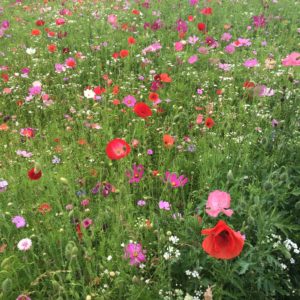 Flower power: but corporate sponsorship’s on the wane

I was just thinking of this as I cast my eye down the list of sponsors for the 2019 RHS Chelsea Flower Show.

The week-long show opens to the public today and 150,000 attendees are expected at SW3’s annual floral extravaganza.

Being a curious fellow, I was looking to see how many financial services firms are supporting RHS Chelsea. Compared with previous years, it’s a shrinking list.

True, M&G Investments continues to be the event’s over-arching sponsor, a relationship with the show which stretches back a decade.

The fund manager says the link-up has been beneficial down the years, providing the public with a better understanding of what the company does.

Money is like a packet of seeds, you see? Nurture it, tend to it, and, bingo, over the years enjoy some growth in return. Just don’t mention bear markets and the knotty topic of investment fund charges.

Whether the relationship will continue once M&G Prudential eventually demerges from the Prudential mothership over the coming months remains to be seen.

What’s noticeable in 2019 compared, say, with five years ago is the extent to which support generally, including that from the finance sector, has dried up. The number of show gardens has halved over the period.

Anti-corruption rules, plus a backlash against lavish corporate entertainment, are doubtless contributing factors to the present state of play.

This year, two of the show gardens are backed by financial services names (M&G and Morgan Stanley) and a third has the backing of upmarket estate agents Savills.

But the days of extensive high-profile backing from the financial world has disappeared. For now, at least.

Andrew is one of the best connected, best informed, hardest working and most influential people in financial journalism today. That would be annoying if it wasn’t for the fact that he’s also such a nice guy.